Bastille Day – what is it? 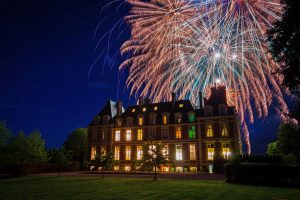 On July 14th every year, France celebrates its national day. It looks back at the ‘Storming of the Bastille’ which happened on 14th July 1789, which was a date that was key in the French Revolution.

Exactly a year later, the Fête de la Fédération was a holiday created celebrating the events of the year earlier – and it’s been a national day every year since.

Because of its countrywide nature and its popularity with the French identity, the whole of France celebrates the day. Close to where our Wyndham Halcyon Retreat resort is, the regional capital Limoges is known to have a very impressive fireworks display every year and most cities, towns and villages will be celebrating the event in their own way – from dances to parades through to large ‘al fresco’ style community meals.

As our French resort continues to grow, the day will be celebrated more and more every year on site. Ironically, one of our other resorts – Halcyon Palms in Florida – is close to Orlando where a yearly celebration of Bastille Day also takes place in the form of a large street party.

Family holiday home? It has to be Orlando…and here’s why