Three reasons to consider Orlando for your holiday home 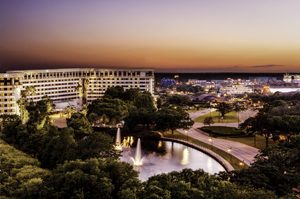 Orlando is most famous for Walt Disney World, but there is much more to this city and its surroundings than many people realise. Here are three key reasons why Florida villas in Orlando are becoming one of the premier choices for holiday homes in the USA:

Florida is nicknamed “the Sunshine State” for a reason. Halcyon Developments’ villas are situated near Orlando, a city boasting over one hundred sunny days a year and temperatures that never dip below 22°C on average, even in the region’s coldest month of January. Coupled with very few days of rain and the occasional Atlantic breeze to cool things down in the summer, it’s no wonder that many investors choose Florida as a perfect holiday home location as the state is reliably warm and pleasant all year round.

Orlando is the most visited city in the USA. Over seventy million people a year visit Orlando because of its proximity to some of the most famous attractions in the country. Walt Disney World is the most well-known of them all, but our Halcyon Palms Luxury Villas also boast Legoland Florida, SeaWorld and Universal Studios Florida close by. If you’re looking for holiday homes with returns rather than for your own use, Orlando has the strong backbone of tourism to ensure an attractive and consistent return on your investment.

As with most American cities, Orlando boasts a number of cultural attractions besides its famous theme parks. It is home, for example, to the UCF College of Arts and Humanities and the Florida Interactive Entertainment Academy. When most people think of Orlando, they think of a city environment. However, our luxury villas are bordered by Shingle Creek, a nature resort spanning over five hundred acres. Florida has some of the most diverse and beautiful flora and fauna in the States – an attraction that is on the doorstep of every villa at the Halcyon Palms resort.

These are just some of the reasons why Orlando has more to it than meets the eye, and why a luxury villa at Halcyon Palms may appeal to you.

Reasons to choose Samos for your Greek holiday home ownership