Family holiday home? It has to be Orlando…and here’s why 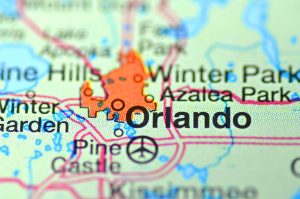 If you’ve got children of ‘theme park’ age and you’re looking for a holiday home that would suit all the family, you simply have to consider Florida on the East coast of the USA. Of course, the closer to the heart of the action you are the easier it is… hence why we chose the site for Halcyon Palms as it’s just 10 minutes from Disney.

What might surprise you is that it’s not a Disney park at the top of the list, but Universal’s Island of Adventure – home to rides and attractions with all sorts of themes, from Jurrassic Park to Harry Potter.

Number two is Discovery Cove – an all-inclusive, interactive, natural world inspired experience. You can make dreams come true with Dolphin swims and much more. It’s recommended for all members of the family, which possibly explains part of its popularity.

The surrounding area, such as Kissimmee and Orlando City, has adapted and developed to cater for the vast amount of visitors to the area – so there really is something for everyone. From shopping on the world famous ‘International Drive’ to watching Soccer, it’s all there if you want it. Even the coast is only an hour or so away from most of the middle of the State.

Bastille Day – what is it?